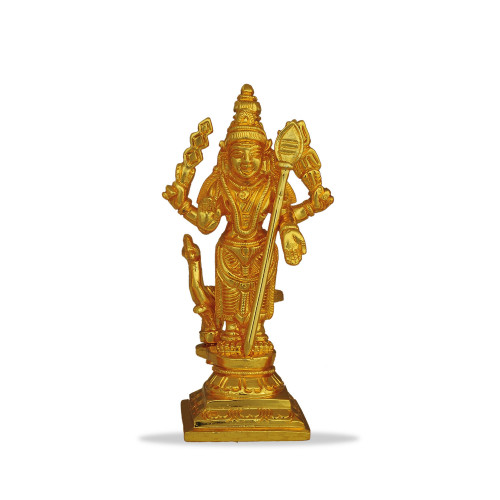 Lord Murugar is the Hindu God of War And Victory. He is also praised as the God of Tamil. He has six faces and was born as son to Lord Shiva and Parvathi. He was raised by the six krithikas(stars) which made the stars and Tuesday very special for Lord Murugar. He was also the supreme general of the Demi-Gods and was escorting the army of Devas to win the Asuras. His other names are karthikeyan, swaminathan, aarumugan, subramanyan, saravana, senthil, kumaran, thandapany, guhan.

Our products are easy to use & generally maintenance free. Certain things should be taken care for increasing the life of the products & protecting it from any kind of deterioration in terms of quality, color, physical damage. All our products are hand-crafted to high standards, and are designated to with stand normal usage & appropriate handling. Here are some useful tips : 1. Don’t use chemicals, detergents or cleaning materials. 2. Don’t rub or scratch the surface. 3. Wipe it with soft white cotton cloth at regular intervals to keep your products lustrous & shining. 4. Use & store them in a dry & cool condition.

Refunds (If the product is packed in original packing and is intact. No damage to product , its finishing)
Popular products