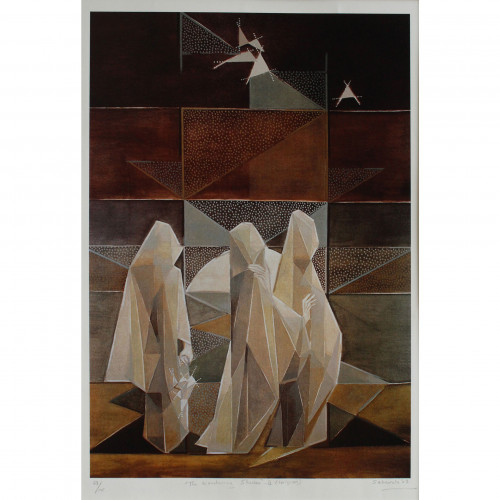 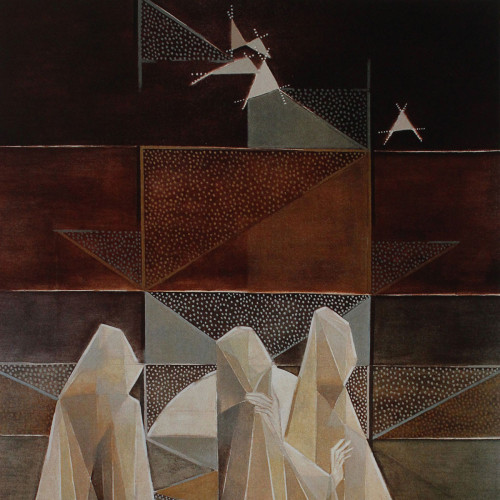 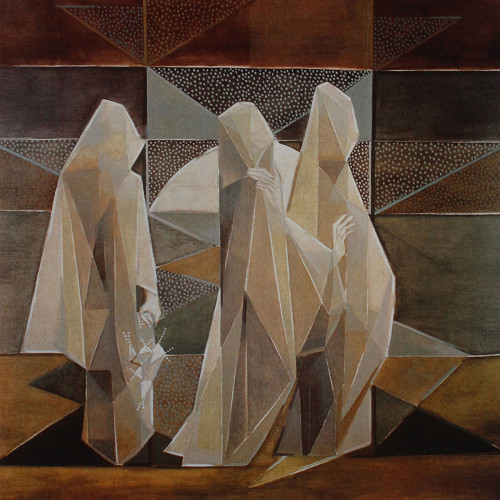 One of India’s most acclaimed artists from the 20th century, Jehangir Sabavala was born to an affluent Parsi aristocratic family in Mumbai in 1922. He was trained at some of the best art colleges in the world including the Sir J.J. School of Art in India, the Heatherley School of Art in London, and at the Academie Andre Lhote, the Academie Julian, and the Academic de la Grande Chaumiere in Paris. A classically-influenced Modernist painter, known for his cubist aesthetic and his preference for muted colours, Jehangir Sabavala frequently painted landscapes, figures and cityscapes. His oil-on-canvas artworks, painted in a distinct style are layered and deep, with rich textures and geometric shapes that together become scenes that are calming and serene. Sabavala’s career started with a solo show at a hotel room at the Taj Hotel in Mumbai (which M.F. Husain assisted in putting up), and spanned across 60 years. He took part in over 30 solo shows in his career, both national and international, and was honored with the Padma Shri by the Government of India in 1977, and the Lalit Kala Ratna in 2007. His artwork titled Casuarina Line, fetched Rs. 1.7 crores at a 2010 Saffron Art auction. Jehangir Sabavala was also known for his remarkable sense of style and elegance. He passed away in 2011.

Edition: Edition of 125 Provenance: Signed by the artist Year: 2007

Artisera
Kalam Table, ‘The Fish, The Scholar And The Lotus’
₹21,550