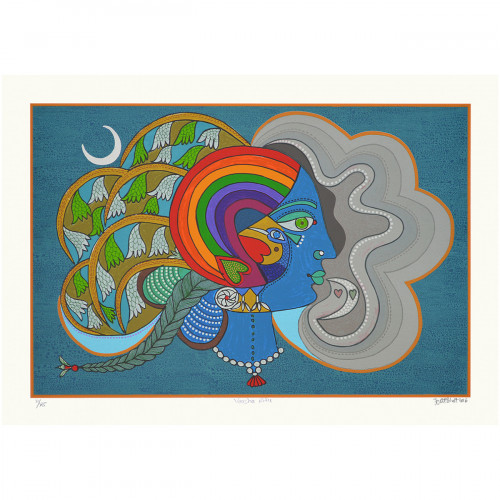 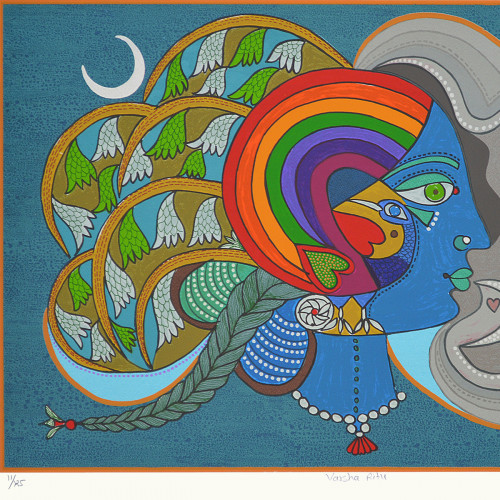 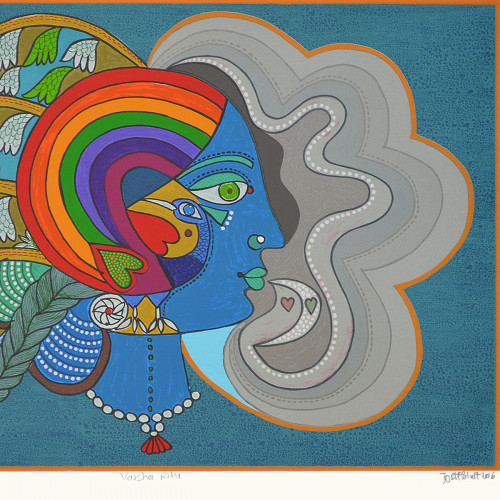 Born in March 1934 at Bhavnagar in Gujarat, Jyoti Bhatt completed his studies in painting and printmaking at the Faculty of Fine Arts, Baroda. Bhatt began his artistic career as a painter and a printmaker in the 1950s, known especially for his modernist works. While cubist influences could be seen in his early works, Jyoti Bhatt’s later creations are colourful and fun, carrying motifs and elements from traditional Indian folk designs. One of the founder members of the Centre of Photography, Baroda, he is also well-known for his photographic documentation of rural Indian culture. He learnt Mural and Fresco painting at the Vanasthali Vidyapith in Rajasthan, which was followed by a stint at the Academia Di Belle Arti, Naples and the Pratt Institute in New York. A recipient of multiple Gujarat State Awards, Bhatt was awarded the Lifetime Achievement Award by the Academy of Visual Media, New Delhi in 2005, and was also awarded an Honorary Doctorate by the Rabindra Bharati University in Kolkata in 2004.

Edition: Edition of 125 Provenance: Signed by the artist